Idea of this web-site was precisely identified with 180 th. anniversary of death of emperor of French Napoleon Bonaparte - the man who both changed history and to whom Poles has been given proofs of appreciation. However the Napoleonic web-sites are mostly not present in polish sector of internet, but if they exist it can not be understood as these, which are dignified enough to represent person of emperor. Autors pf this web-site they does not have intentions to create first polish Napoleonic site but their intention is to present, so that could gave to emperor back what was represented by his emperors status.

Napoleon.org.pl is created towards to polish speaking users of internet. It consists in polish language version big number of topics connected with varied understanding of times of the empire. In the contents there could be found big number of biographies of persons known from their activity in Napoleonic époque, varied analyses of most Napoleonic campaigns and battles performed by emperor of French, in formations about with figures, information about the Center of Studies under the Napoleonic Époque in Pułtusk (so called OSEN of Pułtusk in Poland, which cooperates with our web-site), presentations of reenacting groups, raports from the reenacting events, that has been performed both in Poland and abroad.
By now we have decided to publish in English version some parts of the contents, that belong by the topics to polish accents of Napoleonic époque. Our intention is to present the most interesting topics, that are connects with the history of Duchy of Warsaw, Polish Army that was fighting at the side of emperor, the most significant officers and public persons, many monuments and traces that could be found in Poland. Morover accordingly to our possibilities we will be trying to present associations of regiments and corpuses, that works stronger in the field of reenacting. 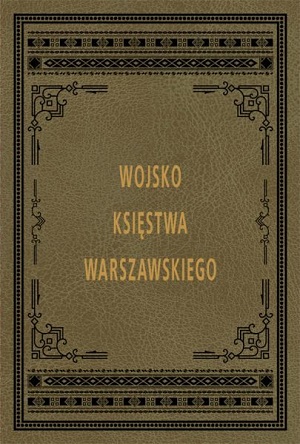